Keep up to date

Keep up to date with Sally-Anne's newsletters, psychology tips and giveaways!

Sally-Anne McCormack is a Clinical Psychologist and media commentator.  She is a former teacher and author of two books - "Stomp Out The ANTs - Automatic Negative Thoughts" and "Living With ANTs", and she created a poster - "Which ANT Are You?" to help people learn strategies to deal with depression, anxiety and stress.

Even more importantly, she is the mother of 4 adolescents/adults and runs a successful psychology practice in Blackburn which is in the eastern suburbs of Melbourne, and has opened two smaller practices - one in the rural community at Cowes on Phillip Island, and the other at Hastings on the Peninsula.  Sally-Anne currently works with adults who are depressed, anxious, stressed and are facing various personal & professional issues.  She also has specific interests in the prevention and treatment of depression and anxiety in children, adolescents and adults, and the unique difficulties that gifted students face in their schooling and day-to-day lives, and dealing with parents who are struggling with their children's and teen's behaviours and moods.

Sally-Anne continues to appear on a variety of TV shows (eg. Sunrise, The Morning Show, Studio 10, The Circle, The Project, A Current Affair, news programs, etc.) and is often interviewed for various print and radio media.  And during 2016 and 2017, her own television program - "The Sally-Anne Show" - aired on Foxtel's Aurora Channel.

Sally-Anne has a commitment to the highest standards of professional practise which is demonstrated by her membership of the Australian Psychological Society (A.P.S.). In fact, she serves as an active member of the Private Practice Working Party Committee of the A.P.S. She is also a former committee member of the Victorian Association of Gifted & Talented Children (V.A.G.T.C.), and holds membership with Mensa.  In addition to her professional associations, Sally-Anne has had many years of involvement with the Hartwell Players (Melbourne's oldest performing community theatre company) which encourages the involvement of youth in theatre.
Sally-Anne offers professional counselling, skills training and assessments and she also offers group programs to educate children & adolescents in particular areas as required. 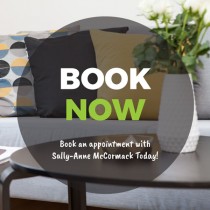 or visit a hospital emergency department.

If you’re in crisis and need support